If there are any local projects that you would like to support, please do let us know. Previous projects have benefitted from cash donations and / or being gifted particular equipment or features that are important to a community 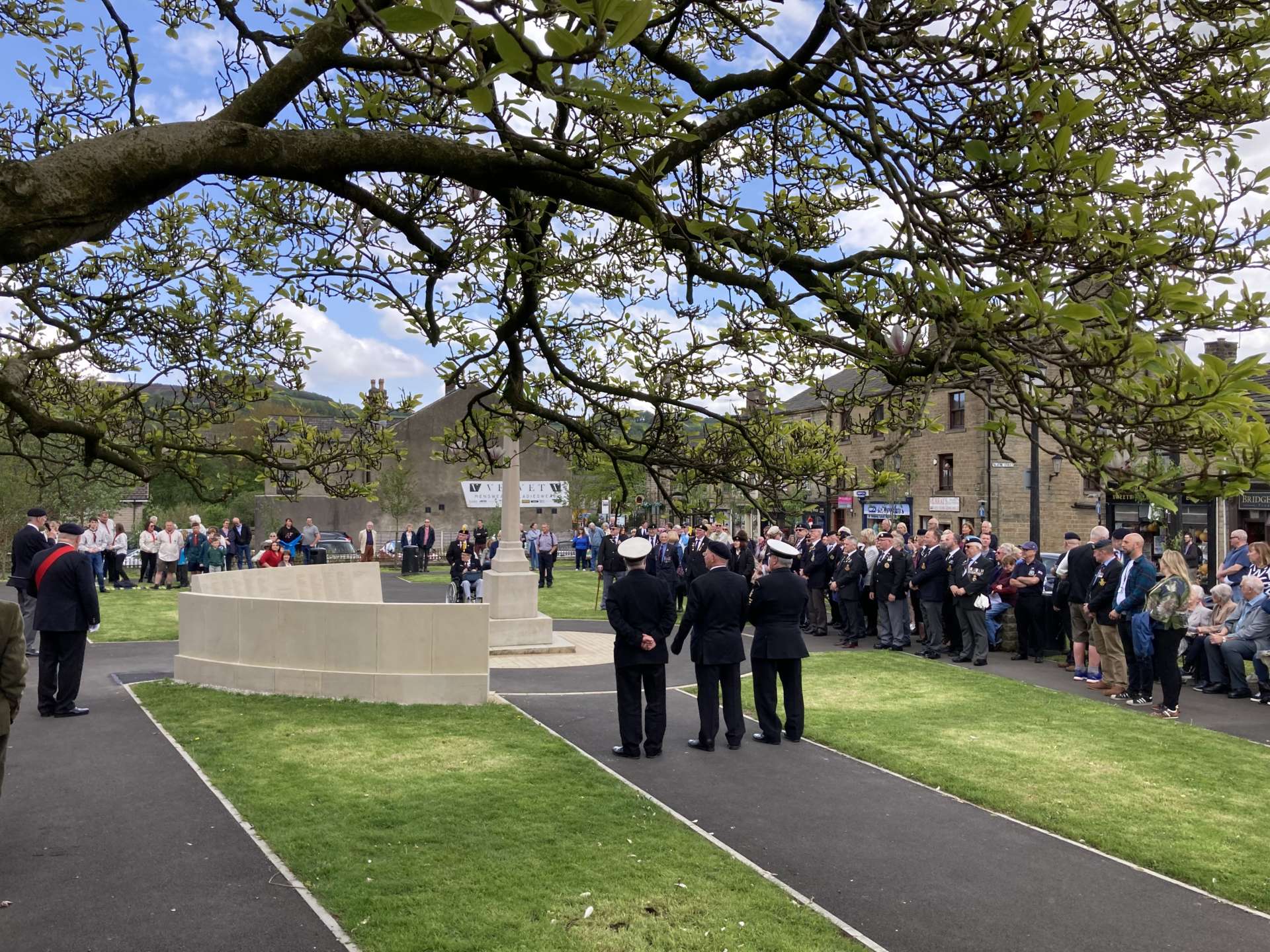 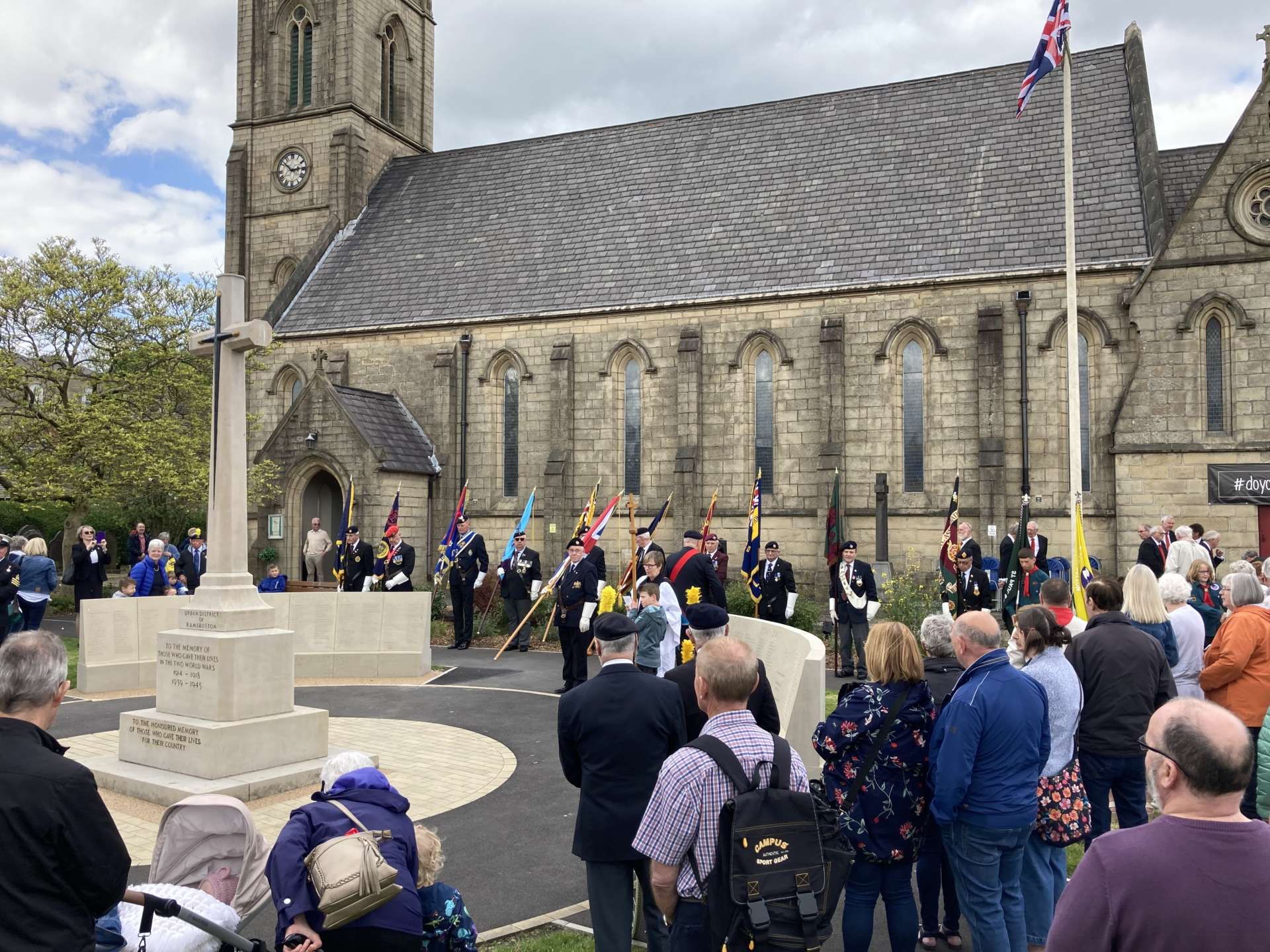 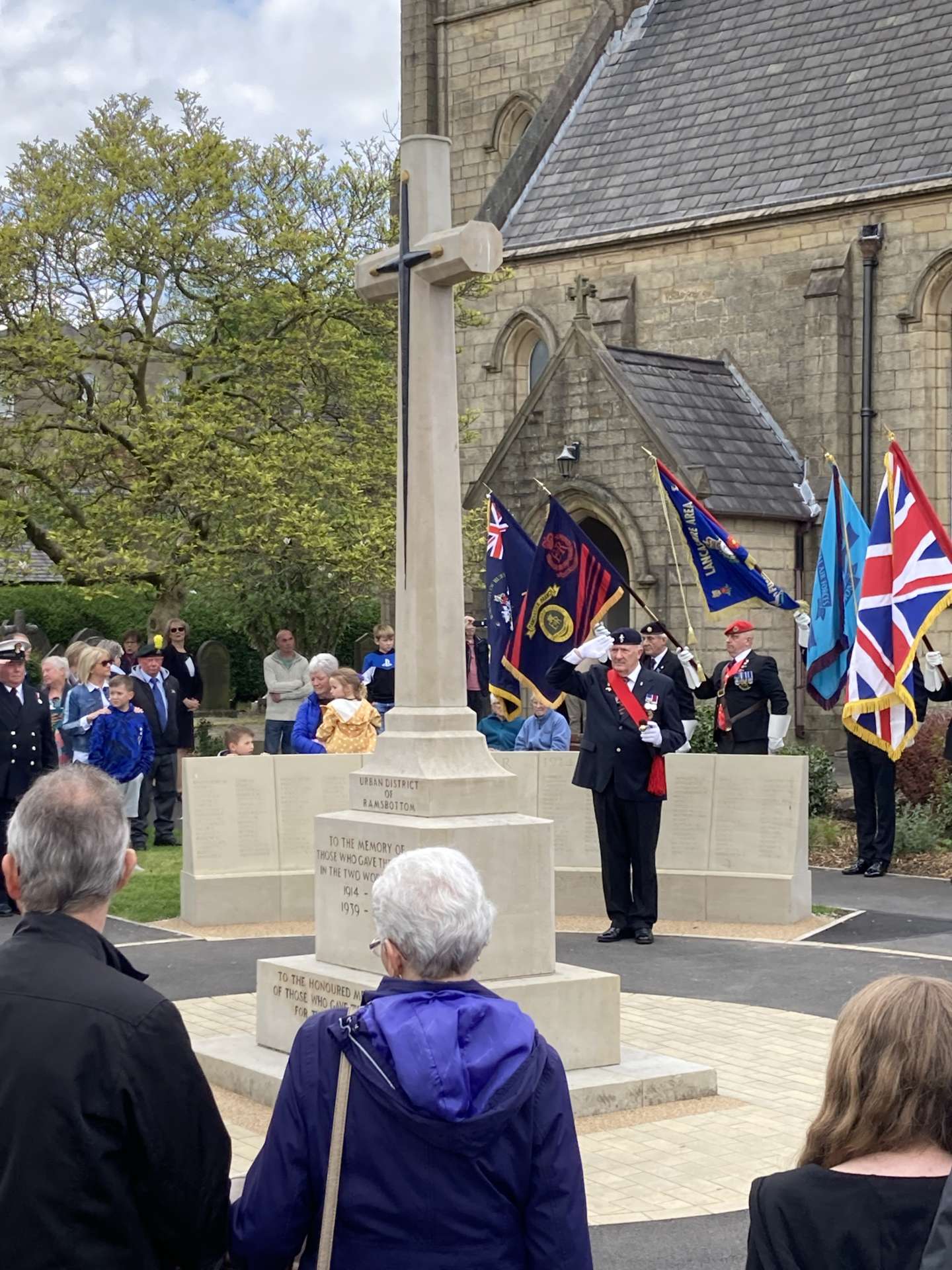 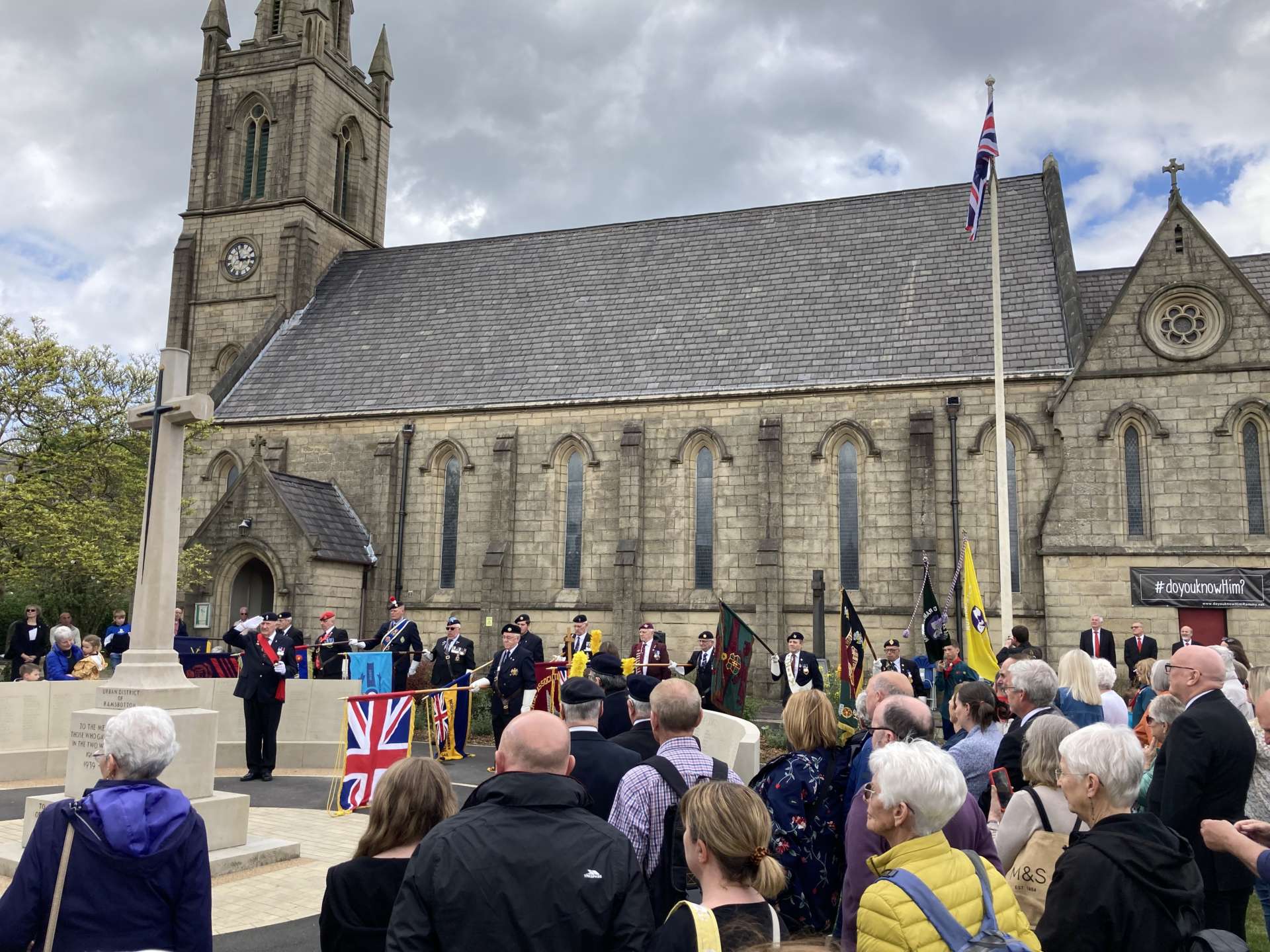 It’s been wonderful to work alongside the Ramsbottom Memorial Project group to help them make the changes at St. Paul’s Memorial in Ramsbottom. Thanks to Martin from the group for his support during the project, and also for the comments below.

‘‘Proffitts were engaged by the Project Team with the aim of bringing the Ramsbottom War Memorial Project to a final successful conclusion.

Rachael and Martin took to the task with enthusiasm and professionalism. Their work with the Team and their interaction with Bury Council and the Manchester Diocese of the Church of England undoubtedly provided much needed impetus

We are highly delighted with the result”.

The stone memorial featuring the names of those who fell in conflict in the World Wars is now in place, and looks wonderful. There’s still some finishing to be done directly in front of the stone, but that should be done in the coming weeks.

This is all thanks to the hard work of Martin, Gary and Peter from the Ramsbottom War Memorial Project group who have been determined to getting the names of the fallen soldiers displayed, and fundraising for the project, for over 10 years.

We’ll update you again when the finishing touches have been done, and details of the official opening are confirmed. 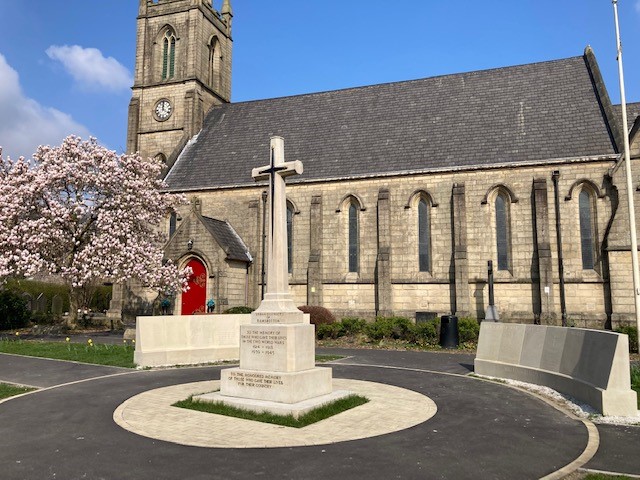 The trees are in and, once established, they will frame the memorial garden beautifully. The next task is the memorial wall and, after some delays due to the problems moving good around the country, we’re delighted to say that the  stone is now with the mason. Once the stone it is dried out sufficiently he will begin the process of carving the names of those that fell. Thank you all for your continued support. We’ll update you again when the stone is on site. 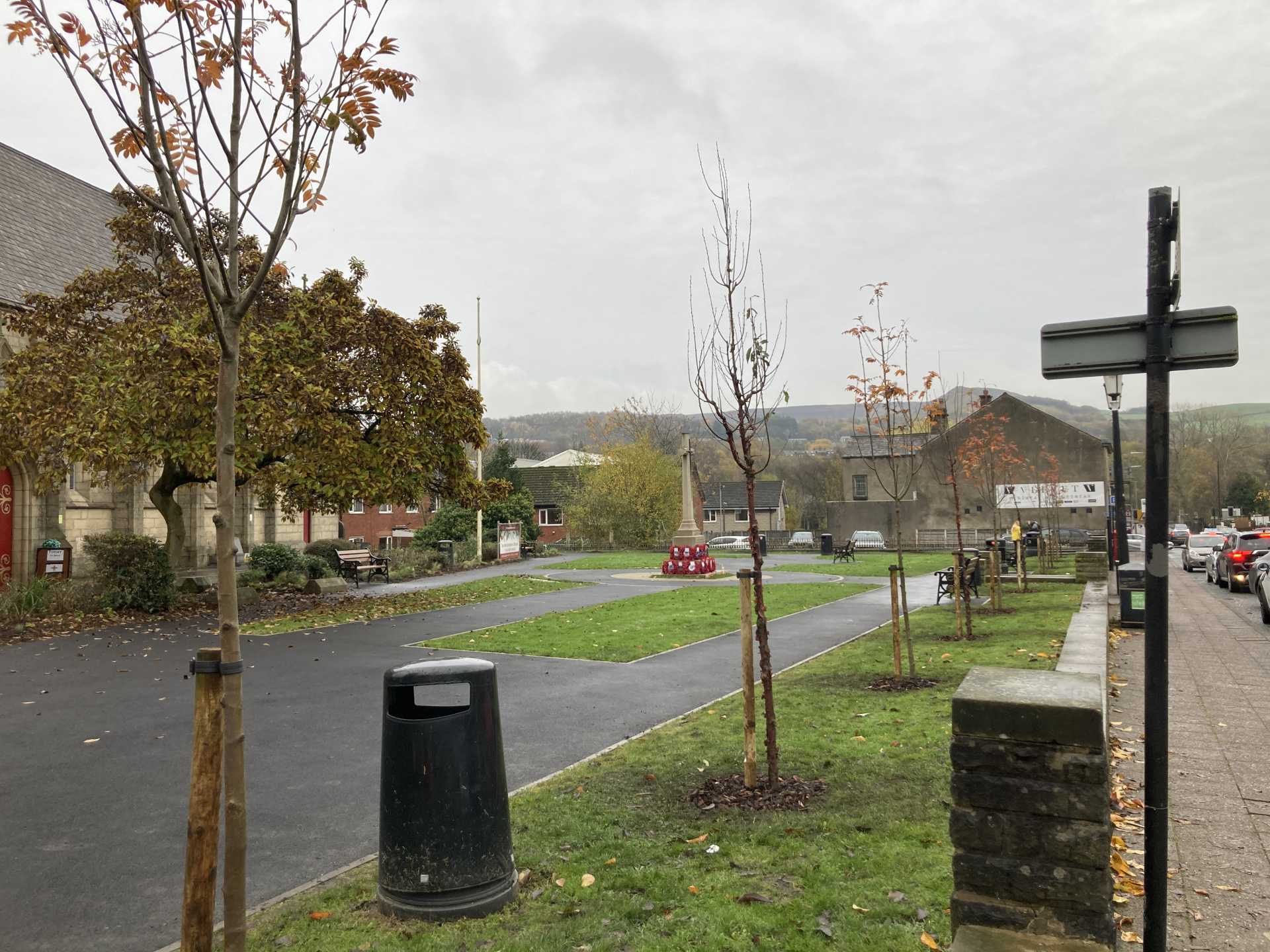 Quick update regarding the remaining works – the installation of the new memorial containing the names of those who fell in conflict during WW1 and WW2 and new tree and shrub planting work is due to take place on site towards the end of November and December 2021. We’ll update you with more news and images once the work has been completed.

Great news – the next phase of work is due to start at St. Paul’s on Monday, 19th July. As always, we’ll keep you updated so watch this space for more news and images.

The existing memorial at St. Paul’s has been cleaned and looks fantastic. We hope to continue with work on site in June. 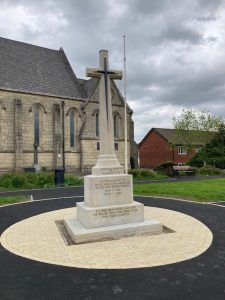 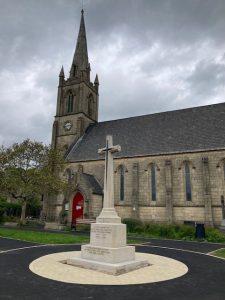 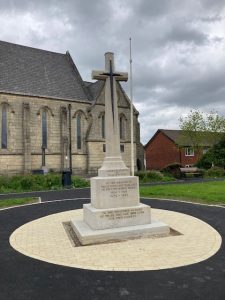 The contractors have finished work at St. Paul’s Memorial Gardens for the time being. There are other items of work still to complete which are:

Here’s how the site is looking at the moment – we’ll update you again as we move forward: 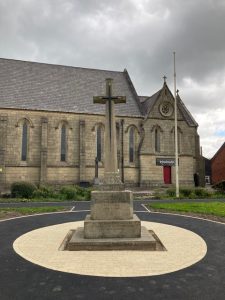 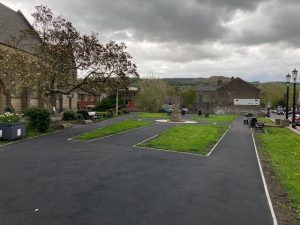 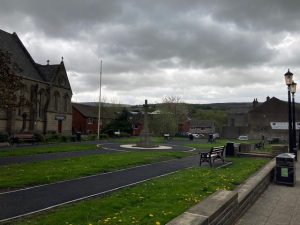 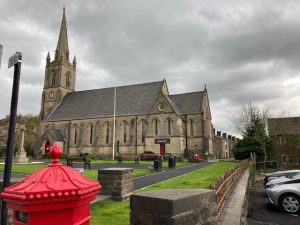 We’re delighted to let you know that Phase 1 of the project is now finished. Landscape Engineering have done a great job improving the pathways and access, repairing boundary walls, removing the overgrown shrubbery and installing a new stone setting around the existing memorial.

It’s wonderful to see all the hard work of the Ramsbottom War Memorial Project group and Bury Council beginning to take shape.

Phase 2 begins in June. This part of the project will involve the construction of a new War Memorial wall which will bear the names of the local fallen soldiers from both World War I and World War II.

Later in the year, the team will add new trees, shrubs and sensory planting to create a colourful and welcoming backdrop for the Memorial. 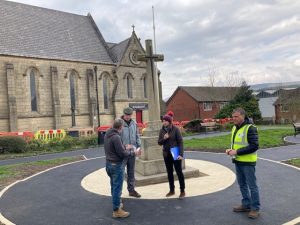 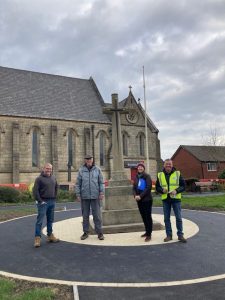 It’s all looking fantastic at St. Paul’s in Ramsbottom – really starting to take shape. The contractors won’t be on site much longer…nearly there! 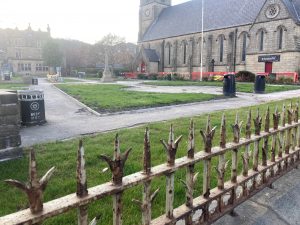 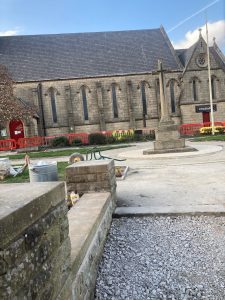 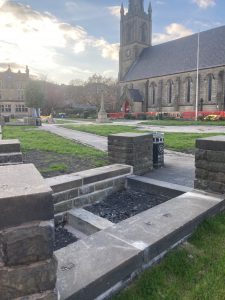 Lots of progress on site at St.Paul’s again this week – there’s still some way to go, but great to see so much happening already. 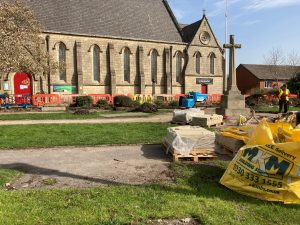 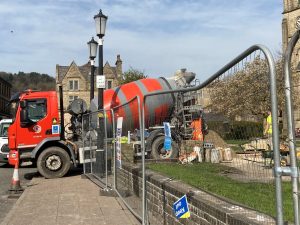 Work on site has started and the Landscape Engineering team are making great progress! It’s so wonderful to see all the hard work of the Ramsbottom War Memorial Project group and Bury Council beginning to take shape. 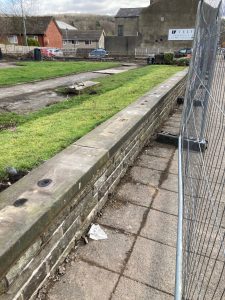 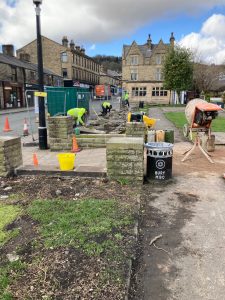 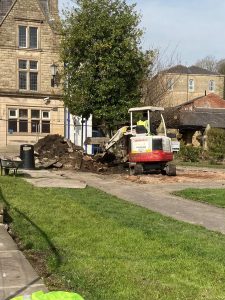 The Ramsbottom War Memorial Project group now has a comprehensive list of all of the fallen soldiers who were born in, or lived in, Ramsbottom – and we are now moving onto the next stage of the project. The plans for the site at St. Paul’s Church can be seen below. As you can see, they include the design and construction of a new War Memorial (which will bear the names of all of the fallen soldiers), as well as pathway and access improvements and the addition of new trees, shrubs and sensory planting to create a colourful and welcoming backdrop for the Memorial. We’re hoping that work will start within the next 6-8 weeks, but we’ll keep you updated about progress. 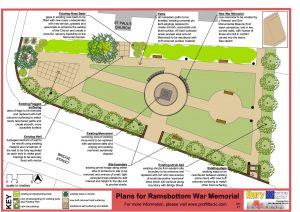 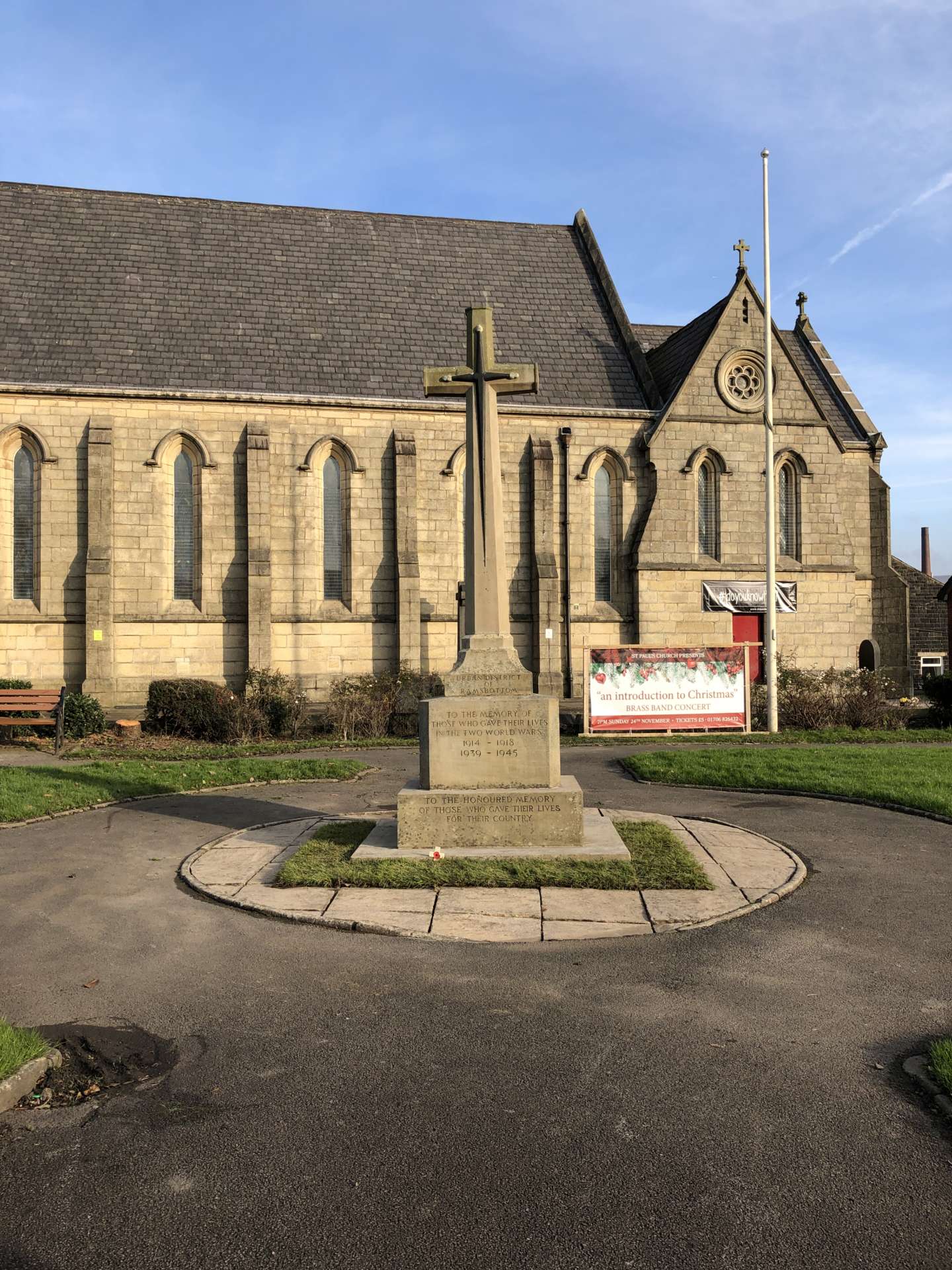 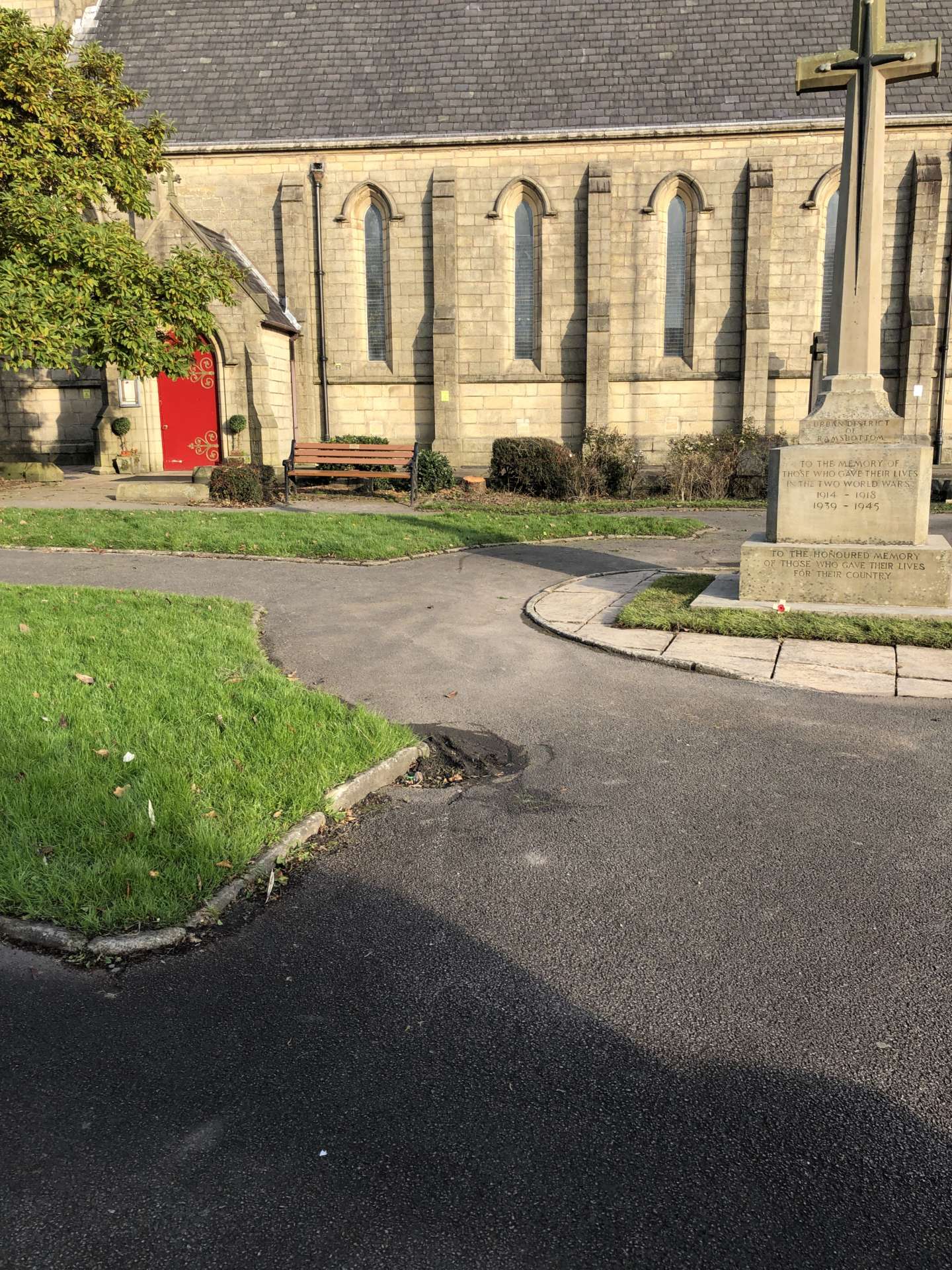 We are really pleased to announce that we are working with Ramsbottom War Memorial Project team to design and deliver improvements to the War Memorial sited at St Paul’s Church Gardens in the centre of Ramsbottom. The group have been working very hard over the past 6 years to raise funds directly from the public and other groups in the area and have received considerable support from businesses including the Bury Lions Club, Rotary, Royal British Legion, Ramsbottom Heritage Society, The Duchy of Lancaster, local Scout and Cadet groups and many more. Thank you for your support so far. The group have also spent many hours researching the names of those who have fallen in World War 1. Hundreds of names will be engraved as part of the project – names that will not be forgotten now thanks to the project group and all that have supported them so far.

You can follow the progress of the project here or on the Ramsbottom War Memorial Project page.

The Bury Times also posted an article about the project. Take a look here: Bury Times